Wisdom of the Crowds: Can We Predict the Outcome of the World Cup?

What does a 1,200lbs ox have to do with Brazil and Germany's national football teams? A new Optimove research dove deep into the numbers to try to answer the biggest question on the planet these days: Who will lift the 2018 World Cup trophy?

The collective opinion of a group shows a lot of efficiency when trying to estimate an answer to a question. This principle stands for the assumption that in some cases, the wisdom of the crowds is greater than the single person’s opinion. In one famous example – conducted in 1906, in Plymouth, England, according to the historians – 800 people were asked to estimate the weight of an ox during an exhibition. Surprisingly (or not), the median of 800 answers was 1lb higher than the answer itself (1,197lbs). The main criteria that enabled this magic to happen are heterogenous opinions and opinions’ neutrality.

After understanding what ‘wisdom of the crowds’ means – that two heads are better than one and a dozen heads are better than two – can we use it to make a prediction? And an even more interesting question (at least for us sports lovers) – will we be able to predict the 2018 World Cup results with the help of the crowd? Thrilled to answer these questions, we rolled up our sleeves and got straight to work.

The winner takes it all?

In order to understand the ability to predict future sports results, and specifically World Cup outcomes, we analyzed the bets made by over 700M bettors in more than 15 different brands all over the world (but mostly Europe) during the 2014 World Cup. We tried to see whether we can trust the wisdom of the bettors to guide us towards the correct results.

We started with the biggest bets– who will win the 2014 FIFA World Cup? Based on players’ bets previous to the World Cup, which was held in Brazil, we checked the guess distribution. Four years ago, it was Philipp Lahm, the German national team captain, who lifted the golden trophy. How many of the bettors guessed right? Here are the results:

Germany was only the second national team chosen to win, meaning, although most of the bets were incorrect (per usual in the sport betting industry), and although Brazil, the host nation, received most of the bets, the correct results had the second highest distribution (third if you count ‘rest of world’) among all bets – which gives us hope regarding correctly predicting the outcome of the tournament.

Here we should stop and mention something crucial: We can’t ignore an important aspect of sports betting – the odds. While one criteria for ‘wisdom of the crowds’ being neutral, the odds do affect, and many times change, bettors’ opinions. In the case above, Brazil and Germany led with the highest probability to win the tournament, having the lowest odds compared to other teams. We can’t be sure if this is the main reason for the rising distribution in favor of Germany, so for now, we will assume our bettors operate from their brains and not from their pockets.

What else could impact bettors’ brains? Well, their hearts obviously. The research showed that a lot of bettors will bet on their own national team, although the probability of winning is relatively low. Below you can find the distribution of players’ bets, based on their nationality:

As mentioned before, most of the aggregated bets distribution placed Germany with the second highest number of bets. When exploring the table above, we can find that some nationalities placed Germany in third place, after betting their own country would win. We can see it in bettors from France, The Netherlands, Belgium and Portugal, who placed their own national team with the highest potential to win the cup, although not exactly a top candidate, as we can learn from the amount of other people betting on them to win. Only the aggregation of all nationalities will give us a real sense of which team has the best potential, when removing the ones that are in their hearts.

And the golden shoe goes to?

One of the hardest bets to predict in such a tournament is the top goal scorer – the player who will score the most goals. So many superb players are taking part in this tournament, and it’s difficult to forecast who will shine the brightest. More often than not, it’s not one of the biggest stars. Like in 2014, when Columbia’s James Rodriguez’s 6 goals were enough to hand him the golden boot (including the incredible volley strike against Uruguay, which gave him FIFA’s Puskás Award for the best goal of the year). So, how did our bettors perform? Were they able to predict it?

While familiar and well-known superstars such as Leo Messi, Neymar and Christiano Ronaldo were picked up by the 2014 bettors in the first three places, the winner was unfamiliar to many bettors and got 0% of the bets! The wisdom of the crowds was a total fiasco in this bet.

Don’t cry for me, Brazil

One of the most historical matches in the history of the WC was the 2014 semi-final game between the hosts, Brazil, and Germany. Brazil was the favorite to win the trophy prior to the opening whistle of the first game, but didn’t show real sparks, and needed some luck (Chile’s poor penalty kicks, Spain’s early exit), on its way to the semis. On the other hand, Germany played well and showed some typical toughness, but nothing prepared the world for the first 30 minutes of the game. Muller, Klose, Kloos (twice) and Khedira made it a stunning 5:0 at halftime, and the 7:1 final score will be remembered as a day of national grief in Brazil (we’re not exaggerating here). The question we ask ourselves: were our bettors smart enough to know if Germany would win?

So as you can see, 60% of the bettors guessed the outcome correctly – not the results obviously, but that Germany would win the game. When breaking these bets by nationalities, we can find a different distribution, yet most of the bets were still in Germany’s favor. As assumed, the Germans had the highest distribution for the correct score (74%), followed by The Netherlands (69%) and Spain (66%).

Based on the above, we must face the disappointing truth – we probably can’t predict the sporting future, even with the wisdom of the crowds – sports bets are almost always unpredictable. It would be arrogant to argue otherwise. The risk in sports betting is high and the chances to lose are higher than the chances to win back your money.

What can we do? Enjoy that self-conceited-thought of ours that we can. And despite the previous paragraph, you probably still yearn to know what the bettors’ prediction for the upcoming 2018 World Cup was. Here we go, with the bet distribution for the winner in the biggest tournament of the world, starting next Thursday, the 14th of June, in Russia.

Same names on top: Germany and Brazil. This time, both got the same results – with 16%. Will it be the Seleção’s turn to take home the FIFA World Cup Trophy, can Germany win it back-to-back, or – will we see another interesting winner? Answers in just over a month. 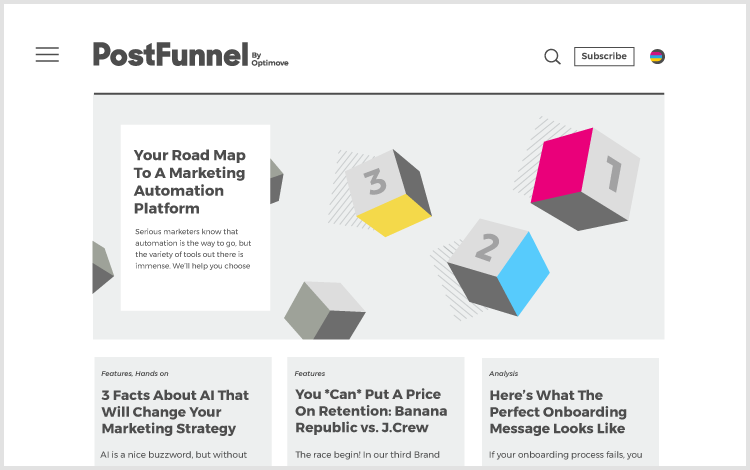 Optimove Celebrates a Year of PostFunnel