Online casino operators generally launch retention efforts on a group of players when the activity levels of those players drop significantly. However, once a player has already reached the point of churning, promotional offers are often no longer effective.

The obvious goal is to identify which players will churn before they actually do. Ideally, the operator will be able to make this determination even before the player himself realizes what he is going to do.

The Difficulty of Predicting Churn

Churn prediction modeling techniques attempt to understand the precise customer behaviors and attributes which signal the risk and timing of customer churn. The accuracy of the technique used is obviously critical to the success of any proactive retention efforts. After all, if the marketer is unaware of a customer about to churn, ineffective actions may be applied to that customer. Additionally, special retention-focused offers or incentives may be inadvertently provided to happy, active customers, resulting in reduced revenues for no good reason.

The most common churn prediction models are based on older statistical and data-mining methods, such as RFM, logistic regression and other mathematical modeling techniques. These approaches offer some value and can identify a certain percentage of at-risk customers, but they are relatively inaccurate and end up leaving money on the table.

Understanding the Human Being Behind the Numbers

While human character traits and emotional responses are not easily discoverable within the available data, the fact is that physiological and emotional patterns are what actually determine which players will churn in the near future.

Data from scientific experiments clearly shows that heart rates and dopamine secretions differ among different types of players and among different types of games. Enjoyment and  excitement levels from playing casino games is a fundamental factor in whether a particular player will continue playing or not. Focusing primarily on monetary factors can be misleading when trying to identify players about to churn – and when trying to determine the probable impact of any particular retention effort on a particular player.

For example, player A lost a total of 100 Euros, but feels a great deal of satisfaction from putting up good fight. He feels the game was fair, but that he had some bad luck. He’s convinced that next time, he’s got a great shot at winning. Even after losing the money, he has suffered no indignity or loss of self-image. This type of player may enjoy the thrill of the game and doesn’t mind losing some money as long as he played a good game.

Meanwhile, player B lost 100 Euros, and feels like a failure. This player’s enjoyment is intertwined with the outcome more than with the game itself. He may feel humiliated and incompetent and may not want to return to the site – these are feelings generated by physiological responses to his experience and may not even be conscious decisions.

By analyzing game session data to understand different types of players, and their emotional responses to winning or losing, an operator can accurately determine, for example:

By applying human behavior models, the operator is, in essence, humanizing the available data. Working with pre-identified “churn motifs” (to borrow a term from the world of biology), it becomes possible to analyze behavioral player data to determine the character traits of each individual player and even their current state of mind on a given day. Using this approach, operators can achieve double-digit improvements in retention effectiveness.

A well-known, medium-sized European online casino operator is currently using pre-identified churn motifs which were discovered within their historical data. These churn motifs are based on sequences of win/lose events, taking into account the player’s seniority, deposits, wager amounts, margin and other factors. Additionally, the operator has quantified correlations between the historical effectiveness of different retention actions for each churn motif.

By identifying these same motifs among current players, the operator is able to invoke the most effective retention actions for each player, in realtime. The most notable impact of applying this approach has been that the operator has reduced by 30% (from 90% to 60%) the churn rate of players with bad gaming experiences in their first week playing on the site. 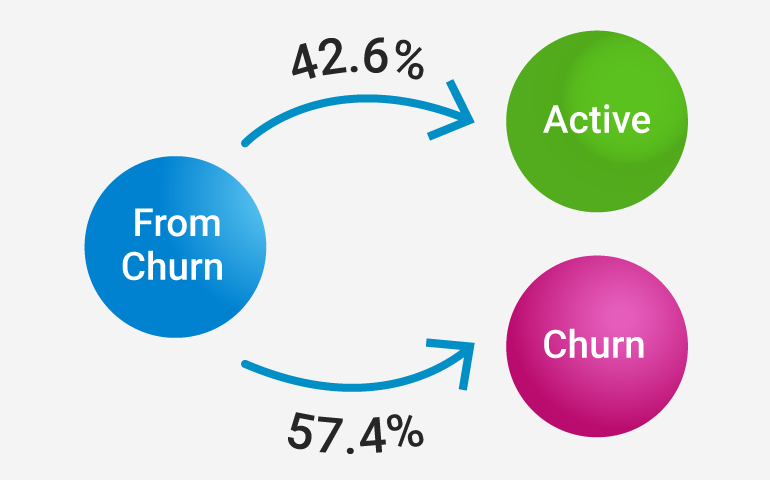 Maximize Customer Value by “Re-Incubating” your “Back from Churn” Customers 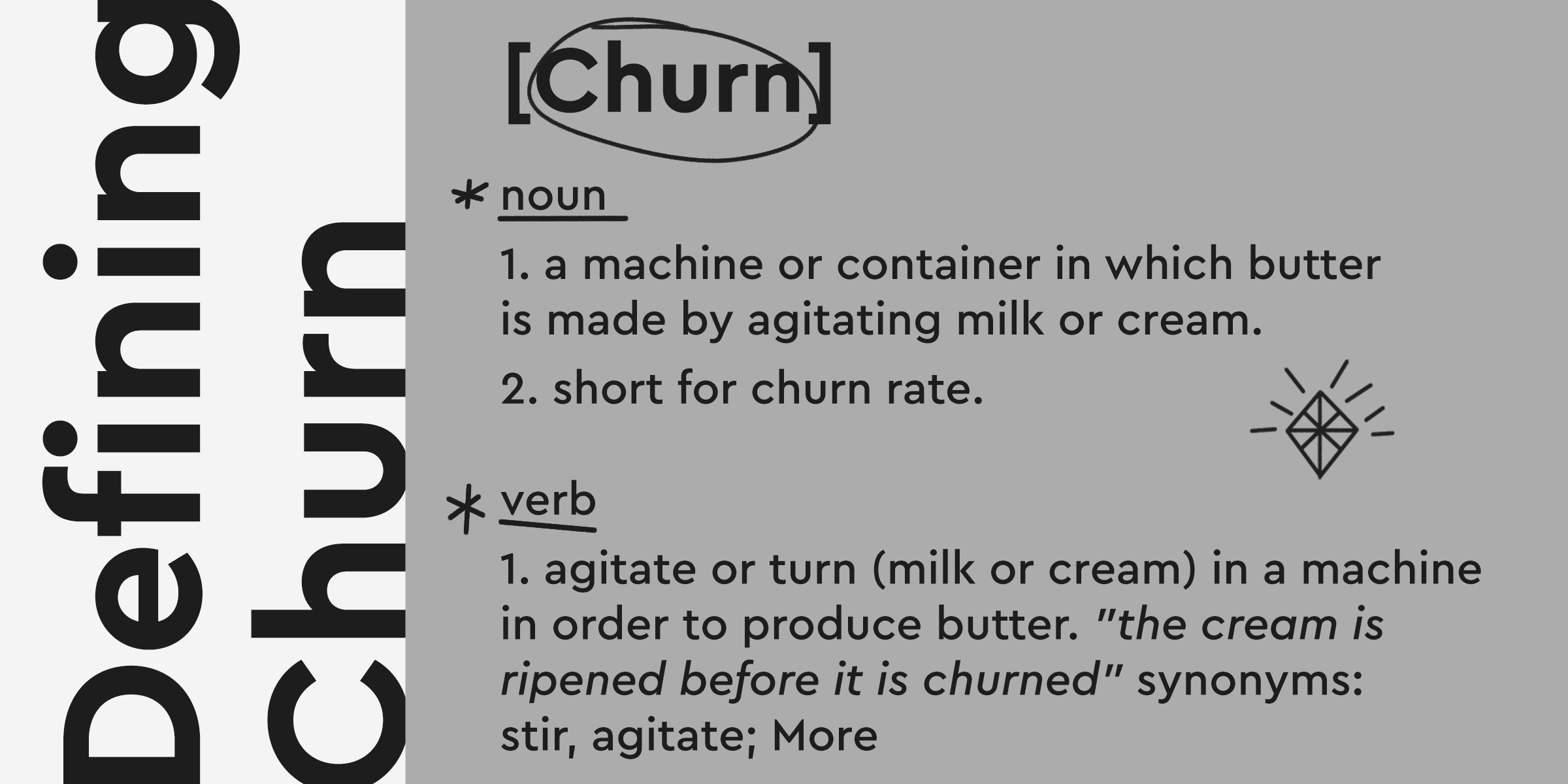 Defining Churn: It’s Not a Matter of If, but When