The Hidden Seasonality of Social Gaming

If you spend your time in the world of social gaming, chances are that you’ve never encountered the concept of seasonality. Seasonality is the presence of variations that occur at specific regular intervals during the year, such as weekly, monthly, or quarterly. It may be caused by various factors, including weather, holidays or vacations, and consists of periodic, repetitive, and generally regular and predictable patterns.

In the gaming industry, for example, the sports-booking vertical is most prominently affected by seasonality. Every year, the industry is prone to a dramatic decrease in the number of online active users during the June-July off season. Some operators in the Sports industry experience a similar slump after a major tournament, such as the European Football Championship or the World Cup. The following chart features this trend in the aggregate data of ten major European Sports websites during the years 2015-2017:

Similar trends are apparent within different verticals in the e-comm space. Children’s brands, for example, experience a spike in business around back to school season. Sellers of flowers and gifts see a huge increase in business around Mother’s Day (and a slightly less prominent increase around Father’s Day), etc. Think about pumpkin sales around Thanksgiving, umbrella sales at the beginning of fall – you get the gist.

According to common wisdom, the social gaming space is free of this phenomenon. The number of active players who flock to social gaming apps and sites is not affected by seasonality but rather by in-game trends: the seniority of the game, the introduction of new features / levels, the growth of the operator etc.

In a recent data research, we ventured to put this common hypothesis to the test. And while it’s true that the number of active players is in no way affected by seasonality, other metrics, such as game behavior and in-game payments, experience seasonal variations across the board. The research spanned 15 social gaming operators from Europe and the US thorough 2015-2017.

When looking at monthly activity days compared to the yearly average, the variations are apparent, with August topping the list with 103%, and January lagging at the bottom with 96.6%.

While operators will not detect a lower number of players during January through March, their monthly activity days and overall in-game productivity will be lower compared to the rest of the year. During the summer months, on the other hand, these metrics will increase above the yearly average. Plotted on a chart, here’s how the numbers pan out:

The average monthly customer spend follows a very similar trend. January is the low point of customer spend, with 96% of the yearly average, after which a steady increase is detected, crossing the yearly average in May and peaking to 104% during the high season of June and July. Here, again, there will be no change in the number of active players throughout the year, but the amount of their in-game purchases varies distinctly.

As stated above, this is not a classic seasonality created by highly visible external events. The cause of the seasonal fluctuations in social games remains to be explained and proven: are children and young adults, playing more during their summer break, tilting the charts? Are the winter blues putting players off their games? The reasons may vary, but the data speaks for itself: social gaming operators should embrace their vertical’s seasonality and use smart segmentation and targeting to fight the trend, or enhance it. 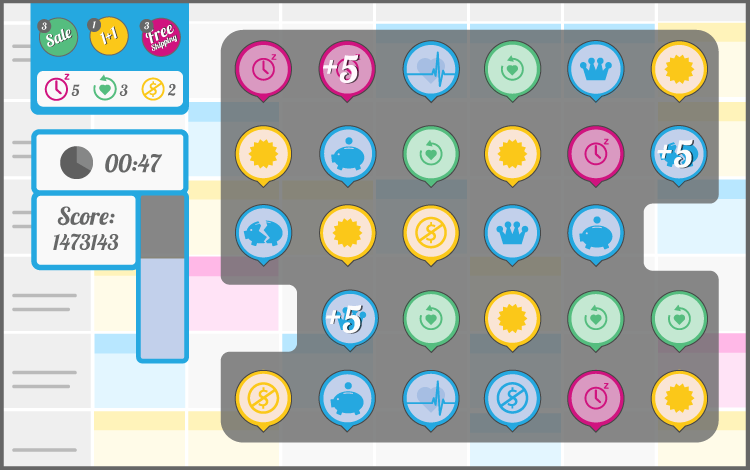